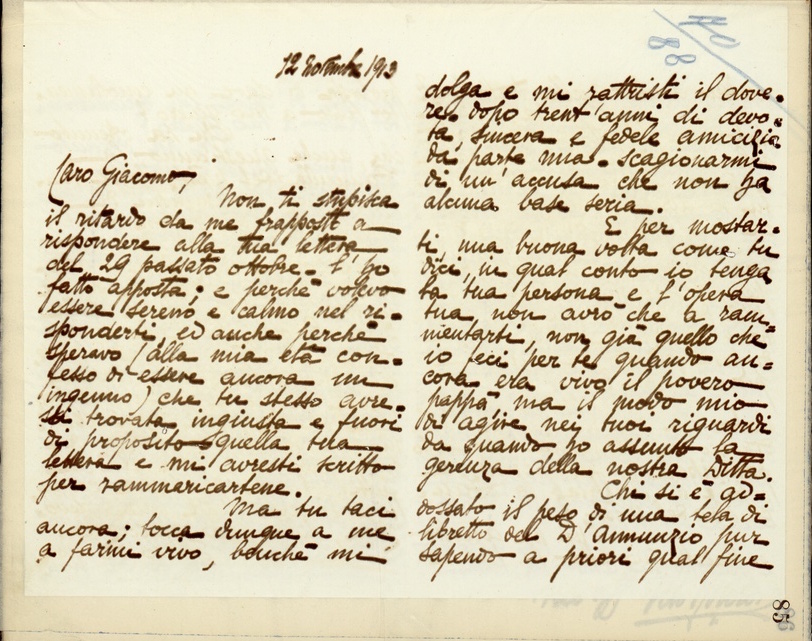 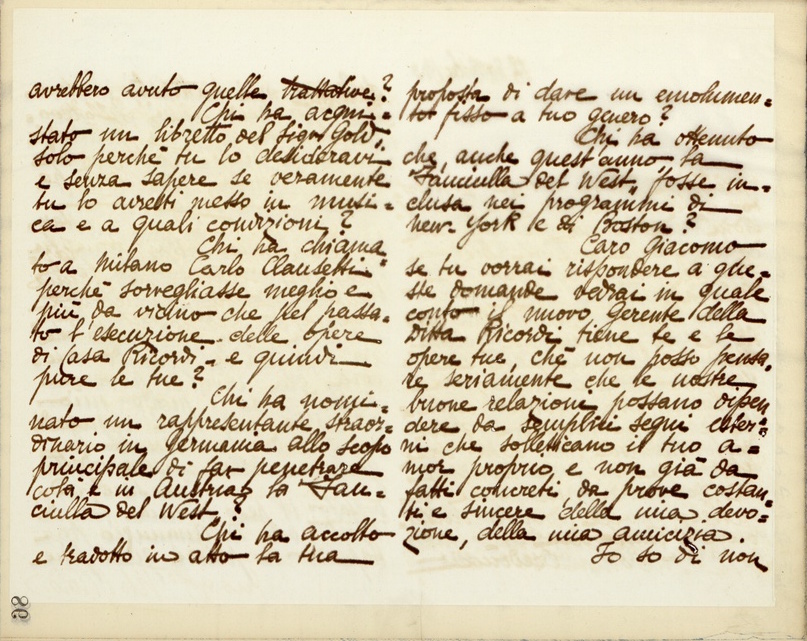 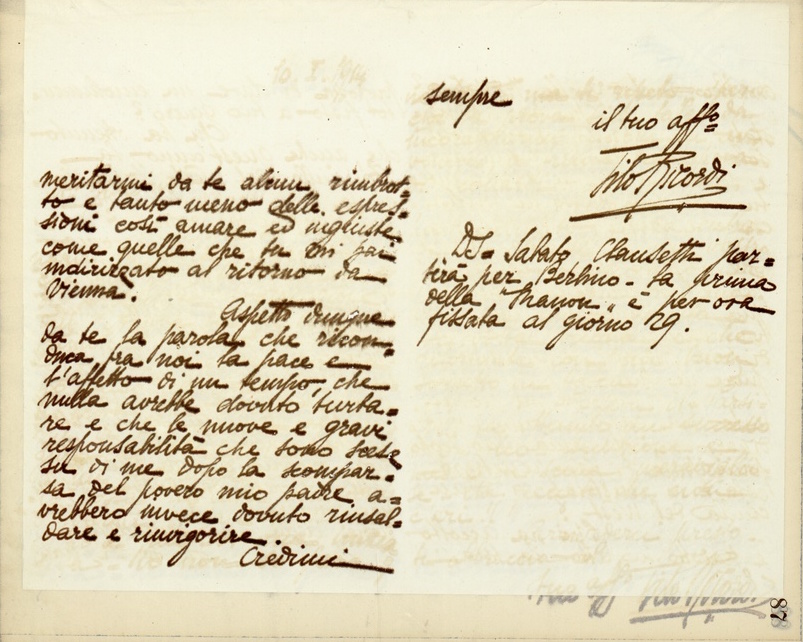 You should not be surprised by this self-imposed delay in responding to your letter of the past 29 October — I did it deliberately because I wanted my thoughts to be clear and collected when I responded, and also because I hoped (admittedly still ingenuously even at my age) that you would have found your own letter out of line and written me a note of apology.

But you remain silent, so it's up to me to say something; although it pains and saddens me, after thirty years of devoted, sincere, and faithful friendship on my part, to have to exonerate myself of such a baseless accusation.

If obliged to demonstrate — once and for all, as you insist — just how much regard I have for you and your work, I need only remind you not of what I already did for you when poor father was still alive, but of my actions on your behalf since I have become the general manager of our Company.

Who assumed the burden of D'Annunzio's draft for a libretto, despite knowing a priori how those negotiations would end?

Who acquired a libretto from Sig. Gold only because you wanted it, and without knowing if you would actually have set it to music and under what conditions?

Who called Carlo Clausetti to Milan so that Casa Ricordi would have better and tighter supervision than in the past over the performances of our operas — and therefore yours as well?

Who hired a special representative primarily for the purpose of introducing the "Fanciulla del West" into Germany and Austria?

Who accepted and carried out your proposal to provide a regular stipend for your son-in-law?

Who managed to secure performances again this year of the "Fanciulla del West" in New York and Boston?

Dear Giacomo, if you are willing to answer these questions, you'll realize just how much consideration the General Manager of Ditta Ricordi reserves for you and your operas, since I cannot seriously imagine that the strength of our rapport relies upon simple gestures intended to stroke your self-esteem, rather than concrete facts providing constant and sincere proof of my devotion and friendship.

I know I deserve no admonishment from you whatsoever, much less such bitter and unjust assertions as those you wrote to me after you returned from Vienna.

I await from you, therefore, the words that will restore the peace and affection we once enjoyed between us, which should have withstood any threat of attrition, and which the new and grave responsibilities I have assumed since the death of my poor father should have strengthened and revitalized.

P.S. Clausetti leaves Saturday for Berlin — the premiere of "Manon" has been set for the 29th for now.