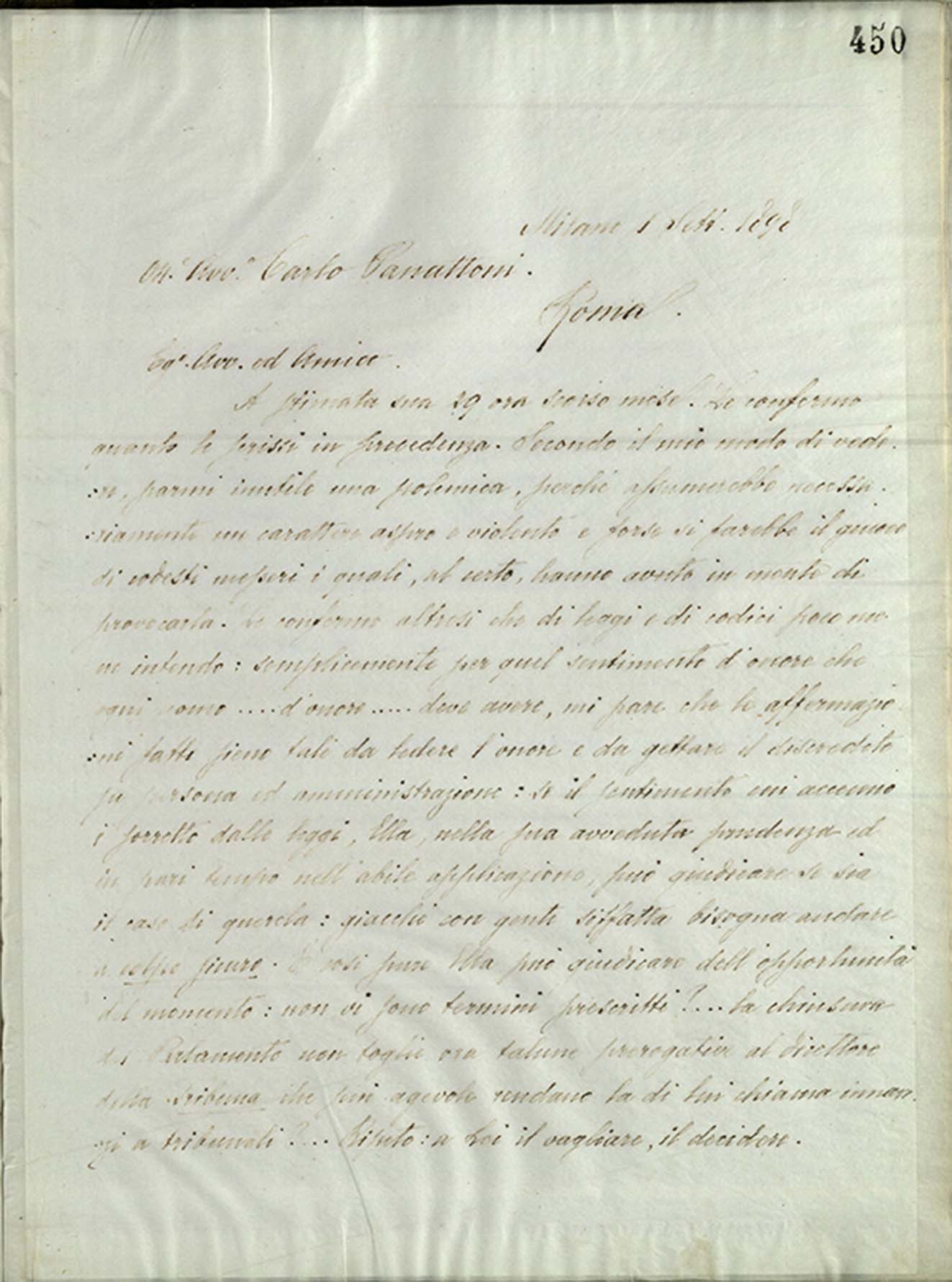 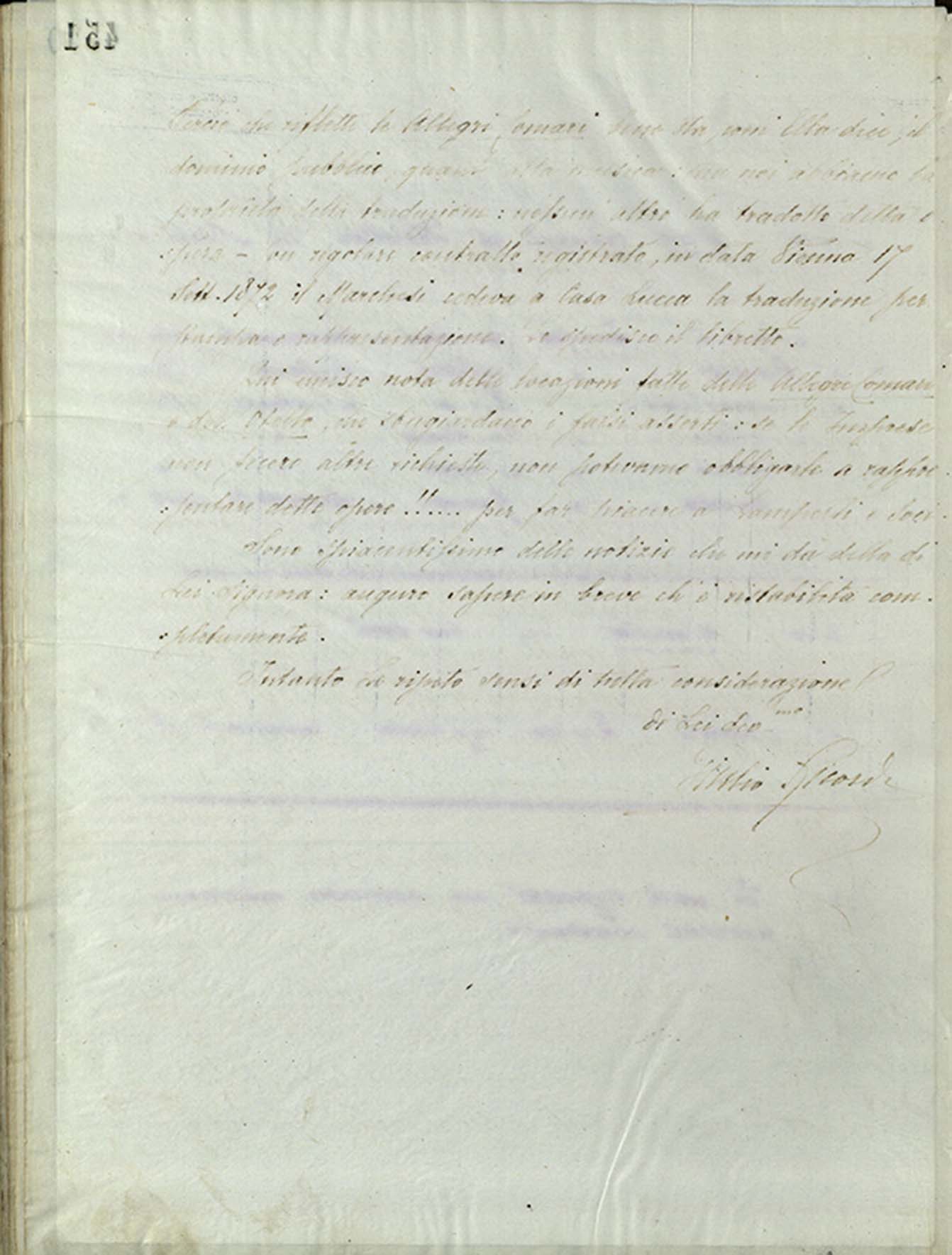 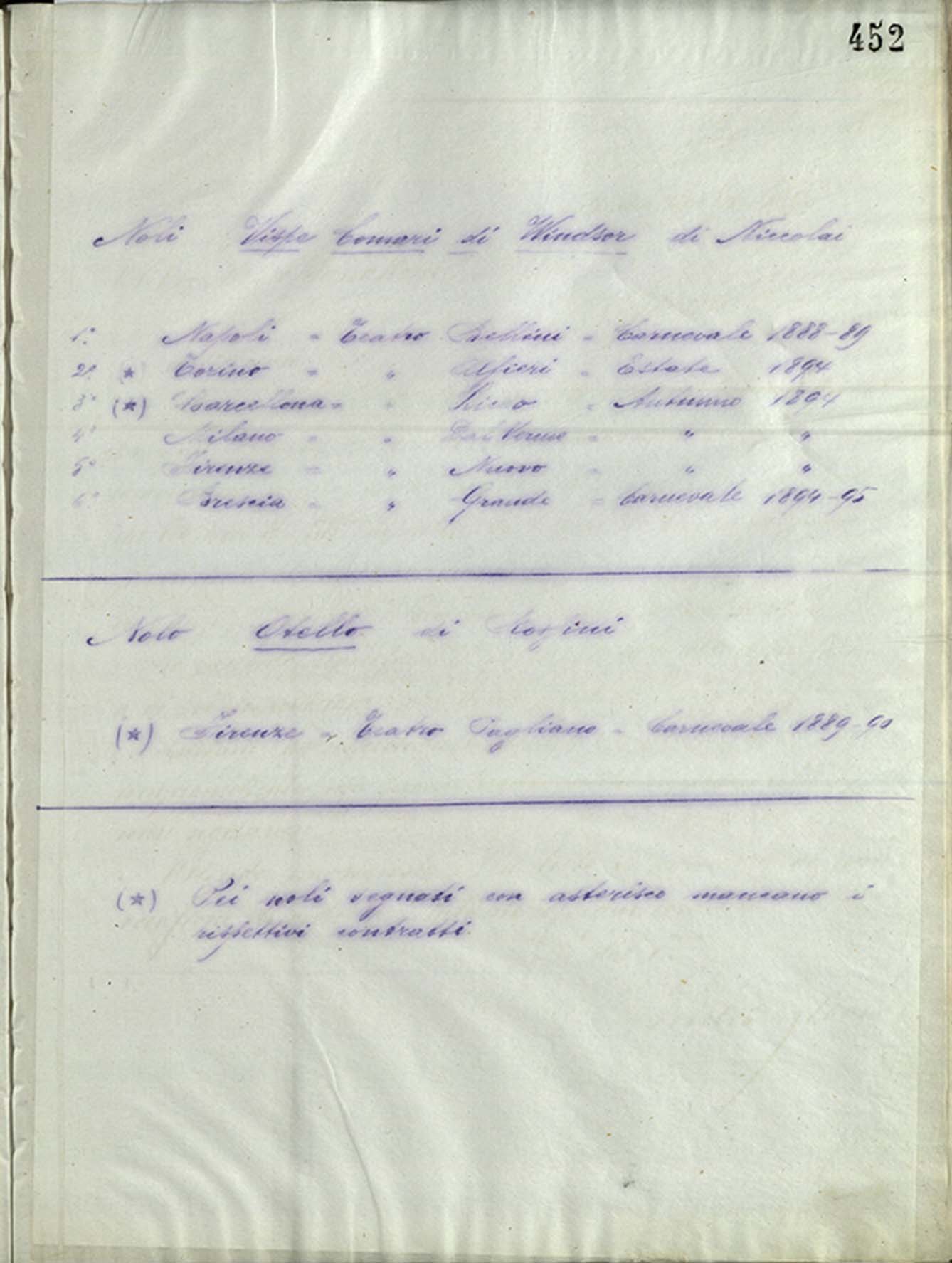 In response to your letter of the 29th of last month, I confirm what I wrote previously. In my opinion it seems useless to get into a controversy because it would inevitably become harsh and violent and play into the hands of these gentlemen who were undoubtledly hoping to provoke one. I further confirm that I understand little of laws and codices: rather, moved simply by that sense of honor that every honorable man possesses, it seems to me that the claims that have been made are such as to undermine the honor and throw discredit on the person and on the administration. If my sentiment is supported by laws, then you, with your wise prudence and, at the same time, your skillful application of such laws, can judge whether it is advisable to lodge legal complaint, since, when dealing with such people, one must move only if one can act with certainty of success. And you must also be the judge of when the time for such action is right: is there a statute of limitations?... Hasn’t the closing of Parliament now removed certain prerogatives from the director of La tribuna, which facilitates his being called before the courts?... I repeat: it’s up to you to evaluate, and decide.

So far as the Allegre Comari is concerned, public domain is fine for the music, as you say. However, we own the translation: no one else has translated the opera [into Italian]. Marchesi granted the rights to the translation for both publication and performance to Casa Lucca with a regular contract registered in Vienna on 17 Sept. 1872. I’ll send you a copy of the libretto.

I attach here a list of the rentals of both Allegre Comari and Otello, which put the lie to the false claims: if the theater managements hadn’t made other requests, we could not oblige them to produce these operas!!... for the pleasure of Lamperti and Company.

I am quite sorry to have received your news regarding your wife and hope to soon hear that she is completely recovered.

In the meantime may I again express my best regards.

Rental of Otello by Rossini

(*) For the rentals marked with an asterisk, we do not have the relative contracts.