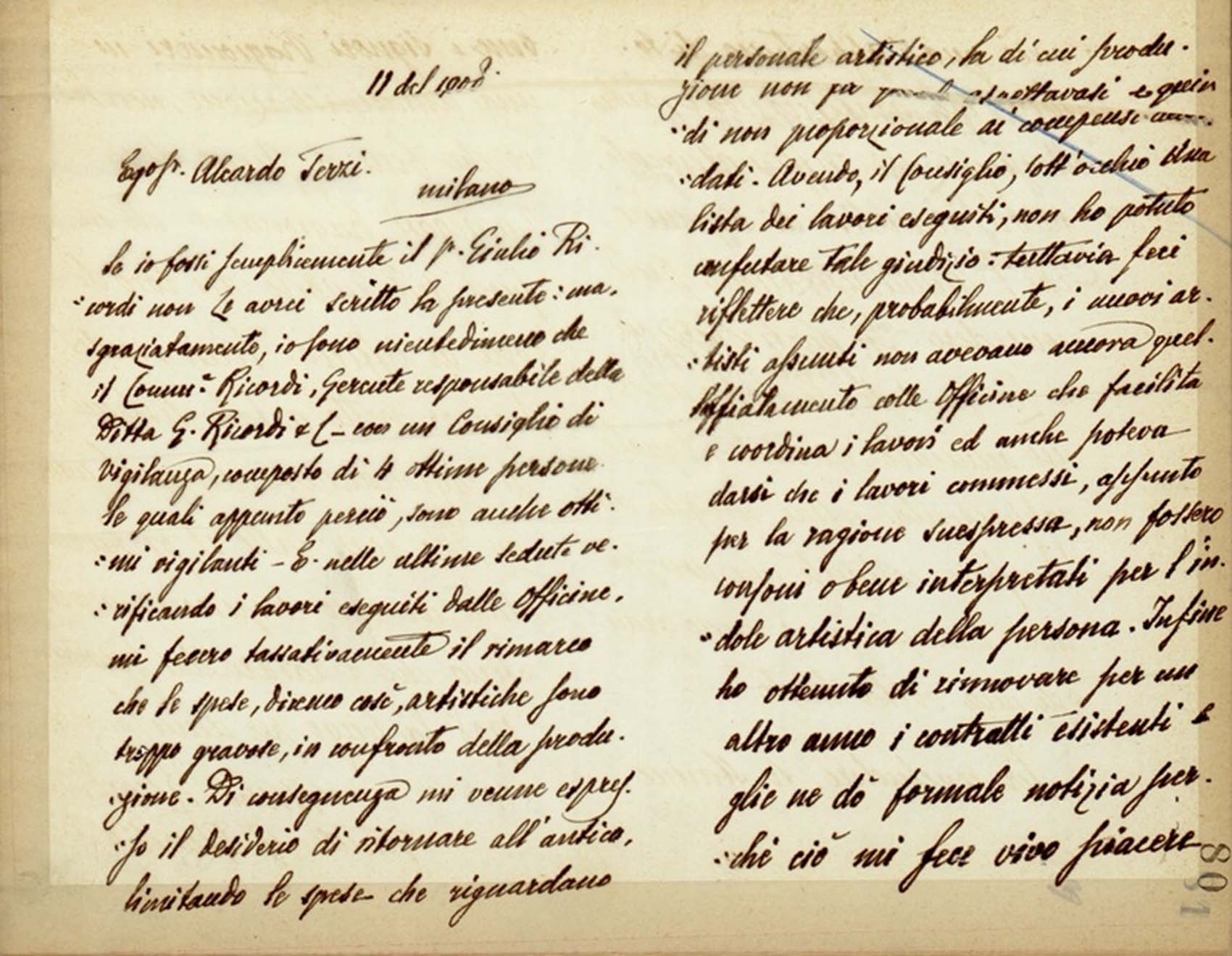 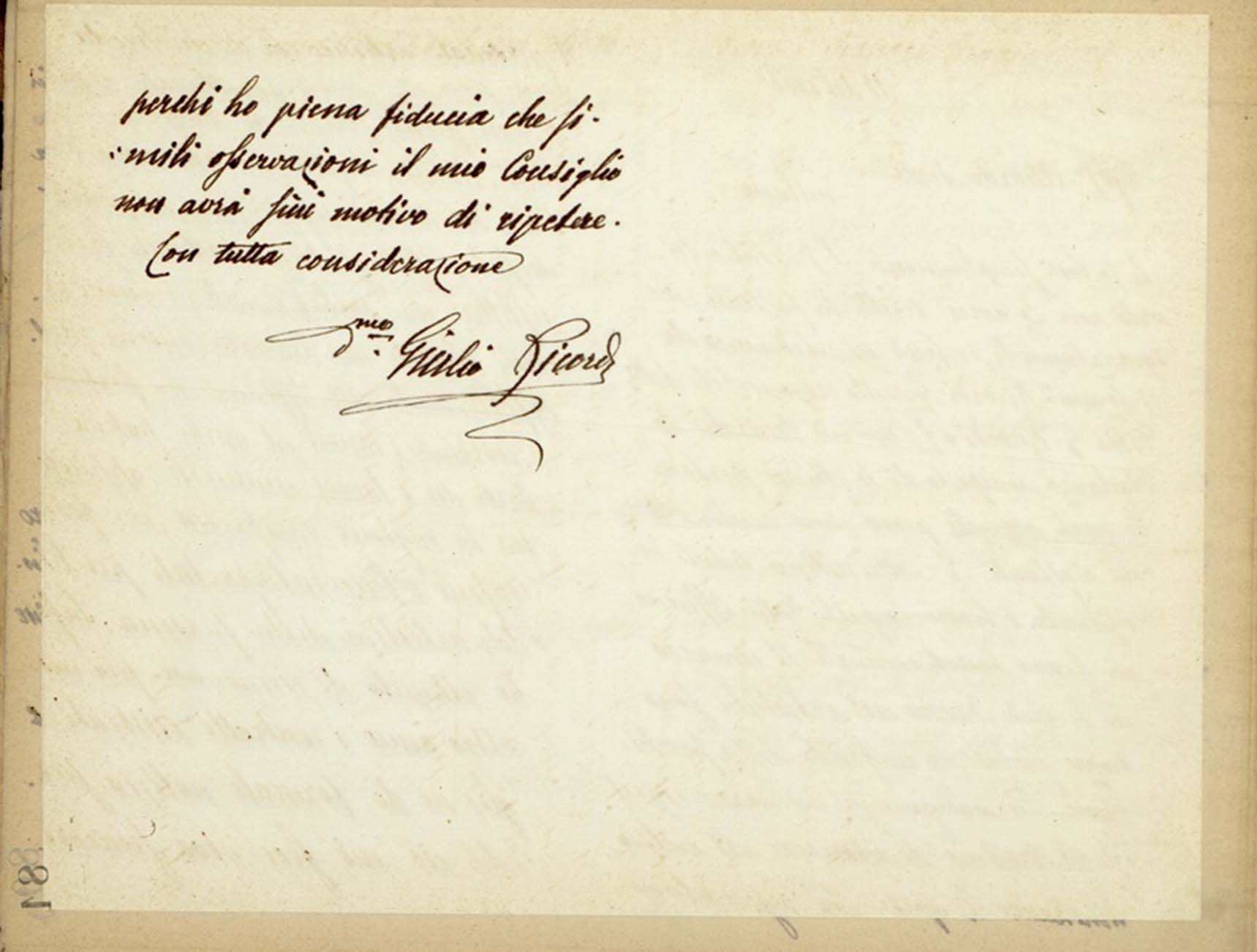 If I were simply Sig. Giulio Ricordi I would not have written this present letter; but regrettably, I am none other than Comm. Ricordi, General Manager of G. Ricordi & C. – with a Board of Oversight composed of 4 optimum people who, given that they belong to this committee, are also optimum overseers. When meeting together most recently, they told me in no uncertain terms upon reviewing the work that was done by the Workshops that the costs, shall we say, for the artists are too steep compared to the work they produce. Consequently they expressed their preference to return to the old way of doing things, limiting the costs involving artistic personnel, whose compensation was disproportionately high because their output had been less than expected. Since the Board had on hand a list of the jobs they did, I was unable to refute this evaluation; nevertheless, I told them that the new artists in our employment probably were not yet sufficiently familiar with the Workshop production procedures that coordinate and facilitate these jobs, and it could also be that, for this very same reason, the projects they were assigned were incompatible or poorly resonant with the particular individual’s artistic temperament. In the end I was able to obtain renewal of the existing contracts for another year; and I hereby formally deliver this news to you with sincere pleasure, because I am fully confident that the Board will have no reason to repeat such observations in the future.

With my best regards,