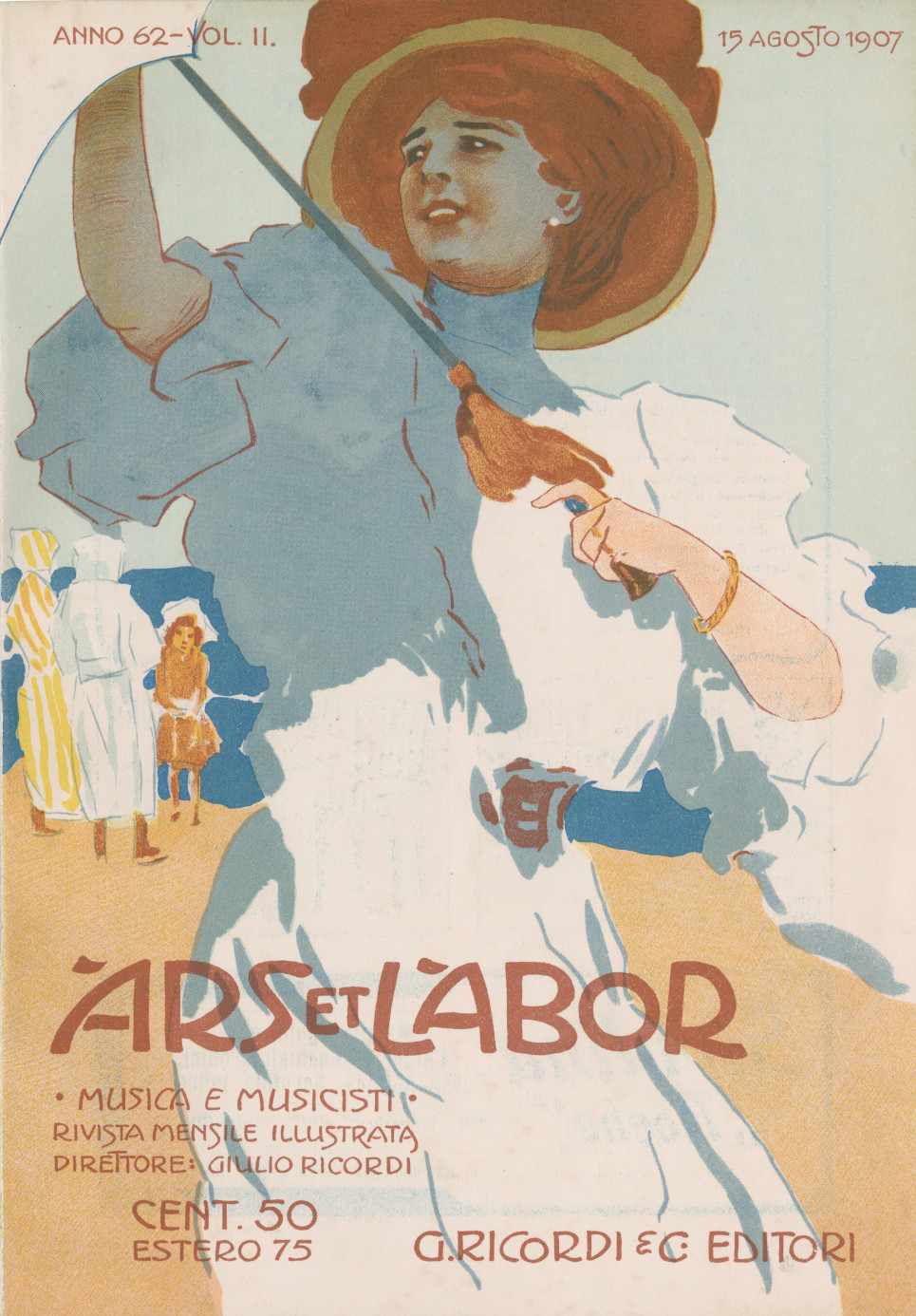 Among the new developments of 1906 were the Expo in Milan in honor of the completion of the Sempione tunnel and the arrival of the magazine Ars et Labor (Art and Work), which saw the motto of the Casa Ricordi (Ricordi Publishing House) become the new title, substituting the previous one, Musica e Musicisti (Music and Musicians). Other than that, the magazine stayed the same: always monthly, biannual binding, articles from all over the world, and covers with contemporary graphics.

In 1908, a special number appeared, very rich in images, articles, and photographs, with which Ricordi intended to celebrate the first centennial of its founding. Significant was the snapshot of Giulio Ricordi surrounded by his children in an ideal continuation, which, on the contrary, would be over in a few years. The speech – in Milanese, and recorded word-for-word – given by “Commendator* Giulio” to his employees, friends, and composers during the celebratory trip on Como Lake has remained famous.

The magazine closed with the edition of December 1912, the year of the June passing of its director, Giulio Ricordi. The announcement in n.12 wasn’t, however, of a closure, but of a “transformation.” In fact, the magazine merged with Il Secolo XX, Rivista popolare illustrata (The 20th Century. A Popular Illustrated Magazine) of the Treves publishing house in Milan; Il Secolo XX had already taken the place of the Illustrazione Italiana (Italian Illustration).

*Translator’s note: “Commendatore” is an Italian honorific title for high service to the nation. It is characteristic of Milanese to often truncate the final vowel.