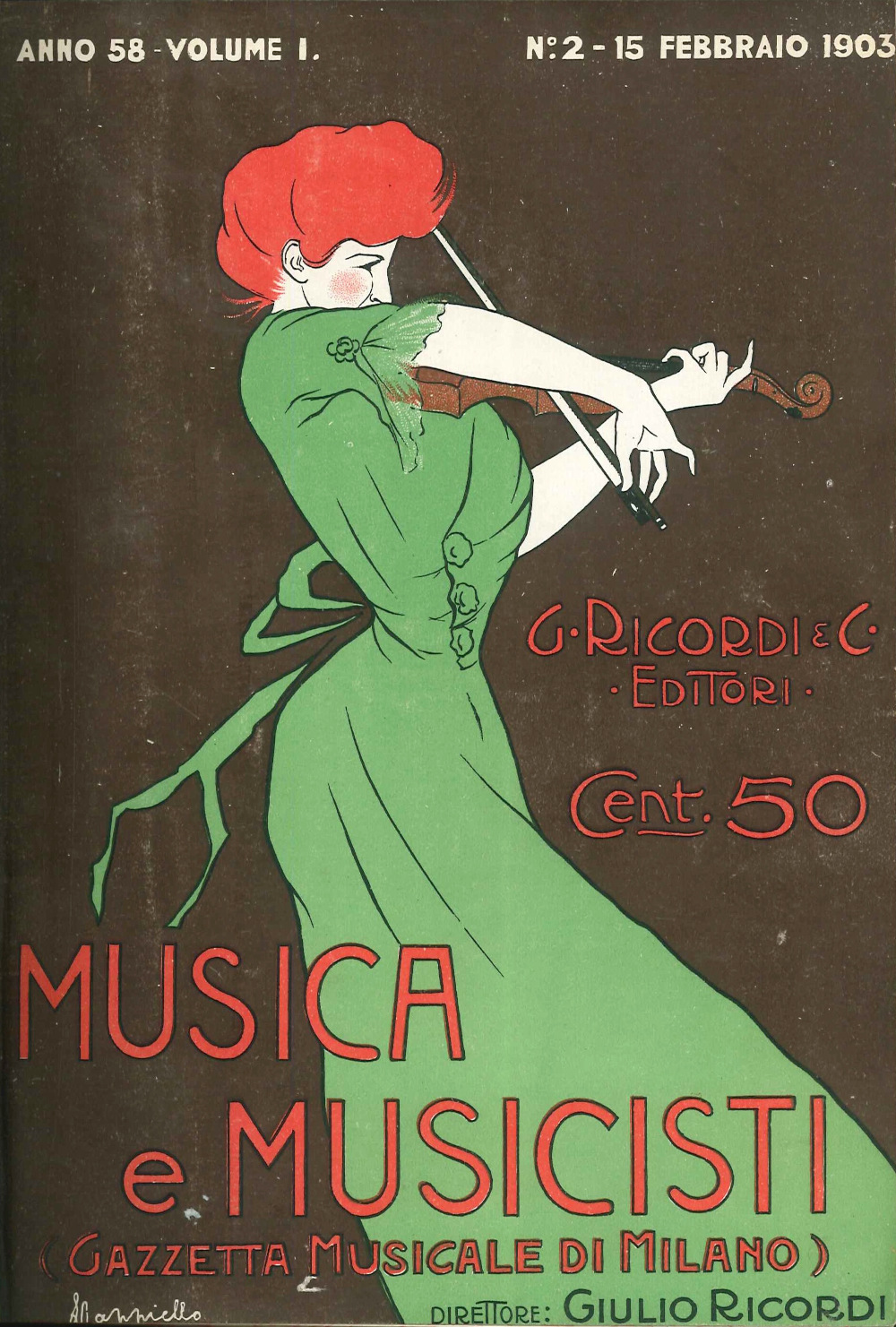 In 1902, Ricordi presented a new magazine: Musica e Musicisti, subtitled Rivista illustrata bimestrale. Given free-of-charge with the Gazzetta Musicale di Milano – published since 1842 –, it was in a paperback format (12x17 cm; about 4 ¾ x 6 ¾ in.), and was rich with illustrations and new topics. The covers of the individual editions were designed by the best graphic artists of the day, who were part of the Officine Grafiche Ricordi, such as Leopoldo Metlicovitz, Marcello Dudovich, and Aleardo Terzi. The experiment met with success, and convinced Ricordi to take a big step: substitute the Gazzetta with a periodical that mirrored the changing times.

Musica e Musicisti became a monthly, and, when in January of 1903 it officially took the place of the historic Gazzetta, the indication of its succession to the historic periodical born in 1842 was found in the subtitle and in the year of publication (58th).

Musica e Musicisti opened up to the “sister arts,” that is, to painting, sculpture, and architecture, but also to the theater and photography, and had numerous reports from all over the world. Among the topics, even female fashion appeared. Serialized novels and artists’ biographies were enriched with images. The new format (18x24 cm, about 7x9 ½ in.) was easy to handle, and offered the possibility of gathering the monthly editions into two semesters and giving them an illustrated hardback cover, lending a touch of trendy elegance.

Those who subscribed were entitled to receive the equivalent value of the monthly, quarterly, or annual cost in editions of music. The reverse was also true; those who acquired printed music whose value was equal to one of the proposed subscriptions received the magazine free-of-charge. It was possible to subscribe at any time, whether by mail or with resellers, such as music stores, newspaper stands, or stationery stores.