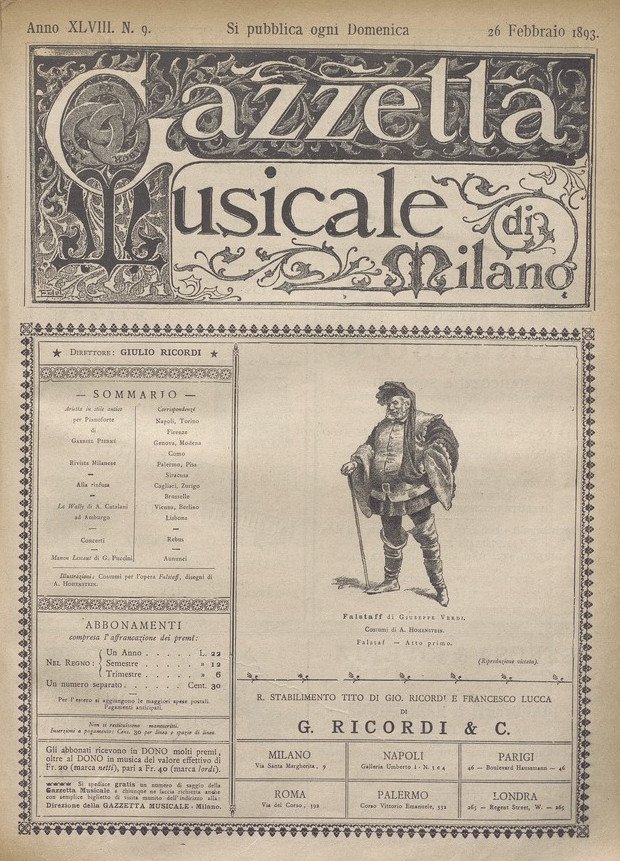 In 1842, Giovanni Ricordi launches Italy’s first music magazine, the Gazzetta Musicale di Milano. This probably is an early instance of his son Tito I’s influence: Tito viewed this magazine also as a to promote the rights of music works that it had purchased by Casa Ricordi.

The Gazzetta was a newsletter that not only covered publishing rights, but also the cultural life of Milan and hosted reviews of performances, as well as an organ for discussing issues in music aesthetics. The magazine — based on French and German models — was thus the first periodical of its kind in Italy. Once a month a music work was enclosed with it. At the end of the year, these twelve compositions were collected in an anthology, the “Antologia classica musicale”.

The “Cinque Giornate di Milano”, the Risorgimento revolt in Milan in March 1848, led to a first pause of the publication. But it resumed shortly afterwards, initially with a highly politicized title: Gazzetta Musicale di Milano ed Eco delle notizie politiche (Musical Gazette and Political news), and from July as a purely musical magazine once again.