The Archivio Storico Ricordi preserves the magazines published by Casa Ricordi during its activity. The Gazzetta Musicale di Milano, Casa Ricordi’s first periodical, began publication in 1842. Historical Italian weekly – among the first to deal with music, politics, actuality and theater – was active for sixty years, until 1902. Many other publishing initiatives were added to the Gazzetta: Rivista Minima (1871-1878), Musica e Musicisti (1902-1905), Ars et Labor (1906-1912), Musica d’Oggi (1919-1942 and 1958-1965) and Ricordiana (1951-1957). The Arhive also preserves: one issue of the Biblioteca Illustrata della Gazzetta Musicale di Milano (No. 3/1888), containing some illustrated stories by Alfredo Montalti; the first edition of July 10, 1864 and the volume of the year 1865 of the Giornale della Società del Quartetto; the volumes for 1847 and from 1850 to 1859 of the magazine Italia Musicale, published by Lucca. The online publication of these journals - the related sharing on Wikisource - are an on going process, updates will be progressively published. 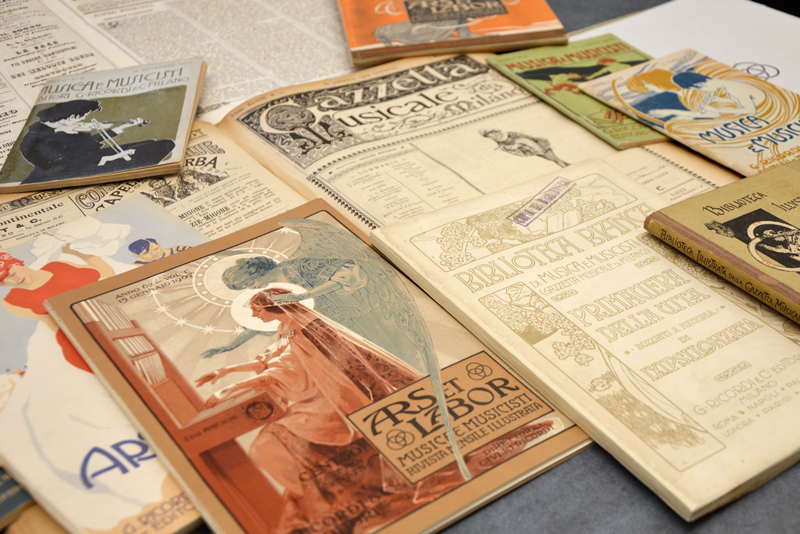