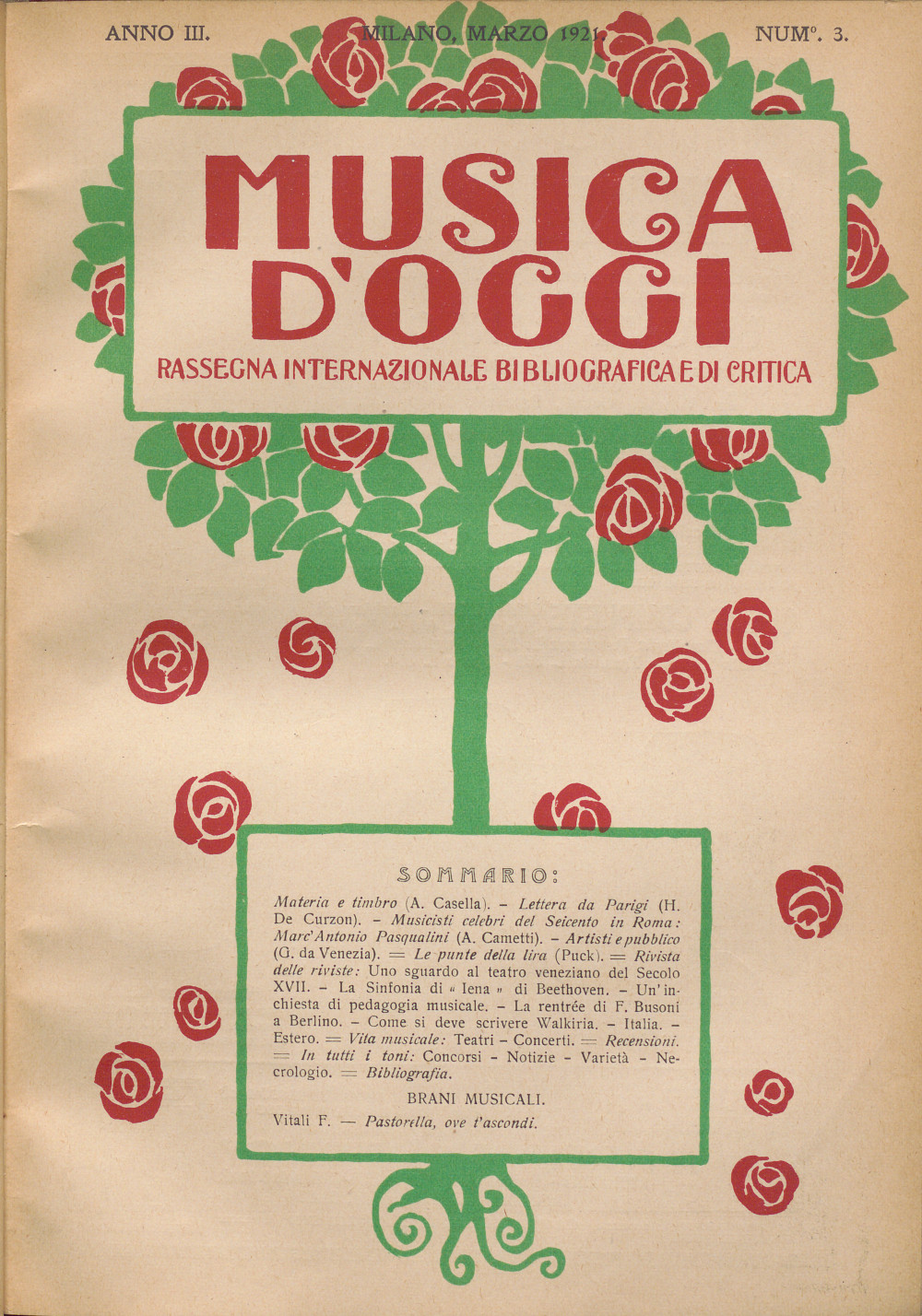 After Ars et Labor (1906-1912), in 1919 Ricordi presented a new magazine, Musica d’Oggi, whose goal was indicated in the subtitle: rassegna internazionale bibliografica e di critica. His intent, in fact, was ‘to fill a much lamented lacuna in the bibliographic and music-related fields,’ asking for the cooperation of other music editors, alternating just such a bulletin with articles of various topics of interest, of music reporting, of criticism, curiosities, and news.

In December of 1919, given the good reader response, it was decided to publish once a month instead of quarterly. There were tables about the new Italian operas debuting during the year, which had previously been present in the Gazzetta musicale, the competitions, and the names of the works acquired by the publishing house to which were dedicated both theater debuts and editions in the bibliography.

In n.12 of 1942, the editors announced the temporary suspension of the activity, which they intended to take up, again, when the war finished. They reimbursed those who had already paid the subscription fee for 1943. It became clear, however, that the situation was more complex than had been foreseen. The bombing during the night of August 13, 1943, was a very hard blow to the company, and Musica d’oggi reappeared only in January 1958, first with irregular editions, then becoming stable until 1965 when it ended.