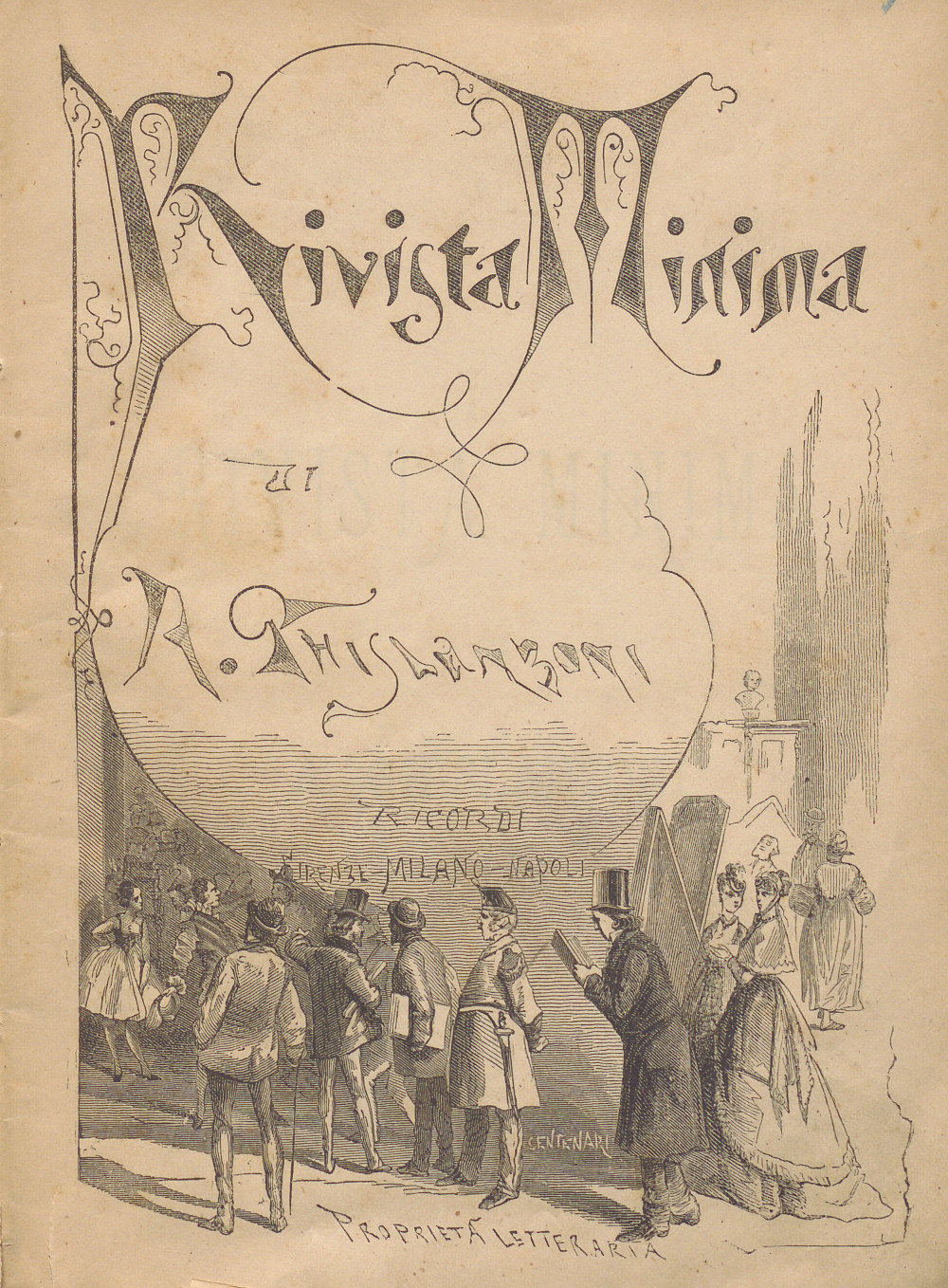 The Rivista Minima was, as indicated in its subtitle, a “creature” of Antonio Ghislanzoni, who later would be aided by his friend and theater critic, Salvatore Farina. Writer, poet, librettist, as well as singer, Ghislanzoni dedicated himself to it, passionately, as shown by his correspondence with Ricordi. It was he who prepared the articles, the stories, and the puzzles, and it was always he who proposed new features.

In January 1865, the first number edited by that same author appeared: ‘Milan, by Antonio Ghislanzoni Editor at the Office in Lombardy.’ The periodical wasn’t intended to be ‘heavy’; the first objective was to ‘enthrall,’ to offer prose, poetry, novels and short stories, literature, arts, industry, theater, fashion, and music-related things comprehensible to ‘every class of people.’ The magazine went on until January 1866, from which time until 1870 it was halted. In 1871, it reappeared, presented as the ‘natural and legitimate daughter of that other seemingly minimal magazine,’ when Ricordi took it in hand, and relaunched it, giving it free-of-charge the first year to annual subscribers of the Gazzetta Musicale di Milano. Afterward, until 1878, it took on a life of its own, though at the same time it flagged, and it’s not clear if this was because Ghislanzoni, himself, lost faith in it, or if Ricordi didn’t support it enough, or if it was just due to the changing times.