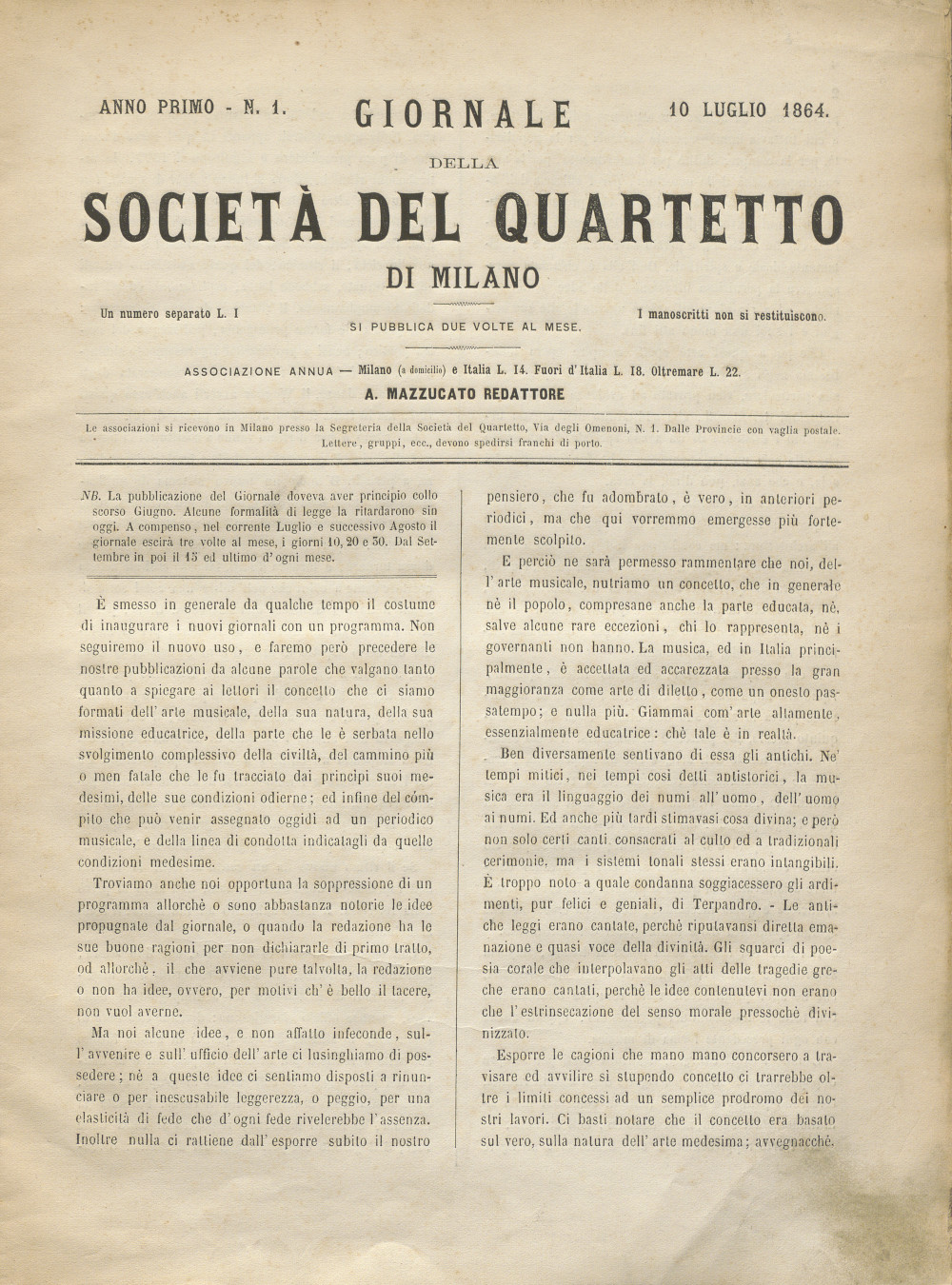 In 1864 in Milan, the Società del Quartetto was born. Its principal supporter was the editor Tito I Ricordi, son of the founder of the music publishing house of the same name. Tito I was an excellent pianist who intended to promote the spread of instrumental music among the Italian public, more ready to follow the latest developments of lyric opera. It was to his young son, Giulio, that Tito I entrusted the new club, which saw musicians as well as fans and intellectuals gather. At the same time, he gave life to the magazine, Il Giornale della Società del Quartetto at whose editorial helm he placed the composer and orchestra director Alberto Mazzucato, who later would become the director of Milan’s music conservatory.

Ever since the first edition, competitions geared to stimulating interest and the creation of new compositions were launched in the pages of the newspaper. The first saw as winner the violinist Antonio Bazzini, followed by Franco Faccio, both of whom were already well known to a devoted public. The magazine would have a brief life, however, closing at the end of 1865, while the Società del Quartetto is still present and active on the Milanese music scene.