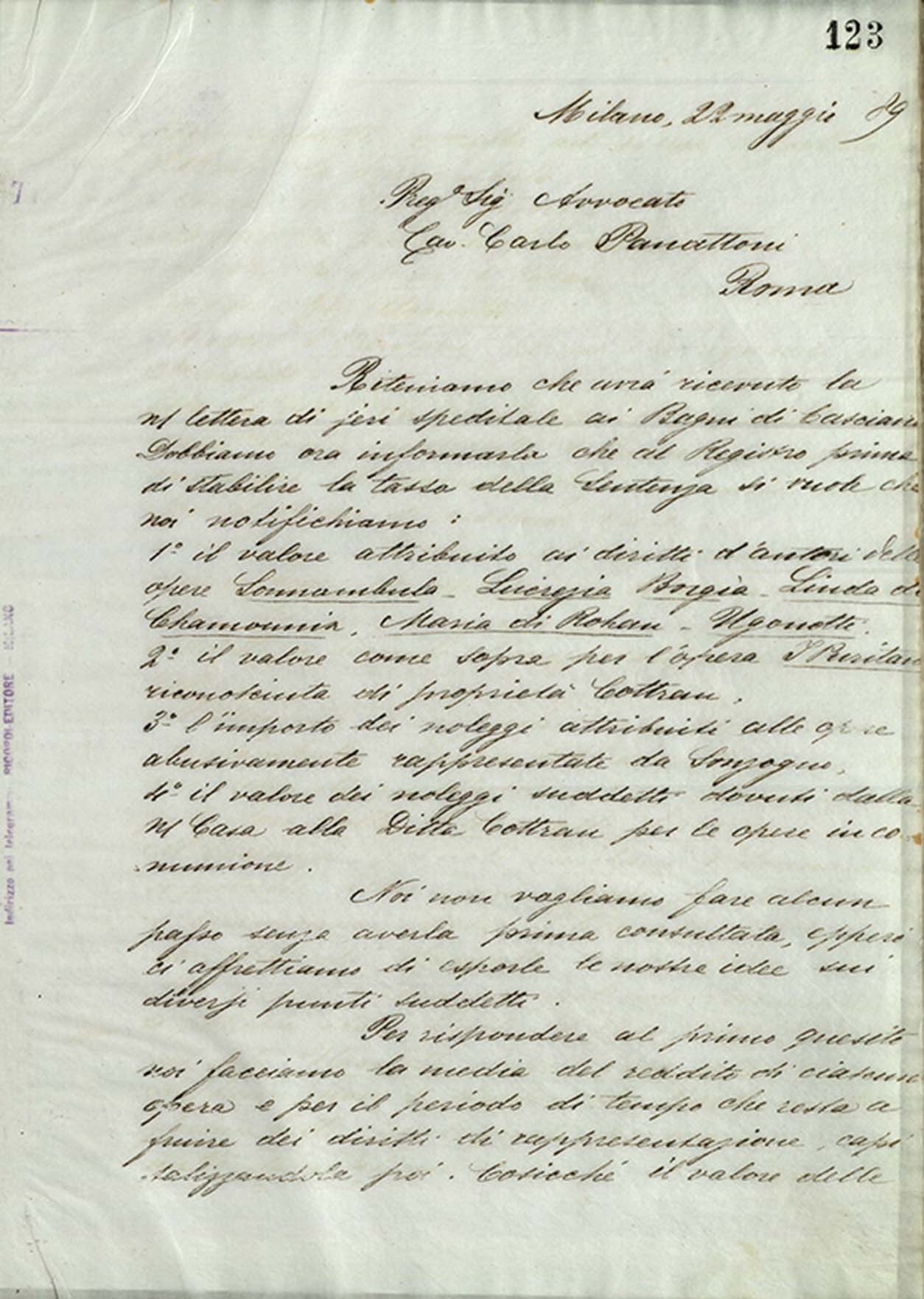 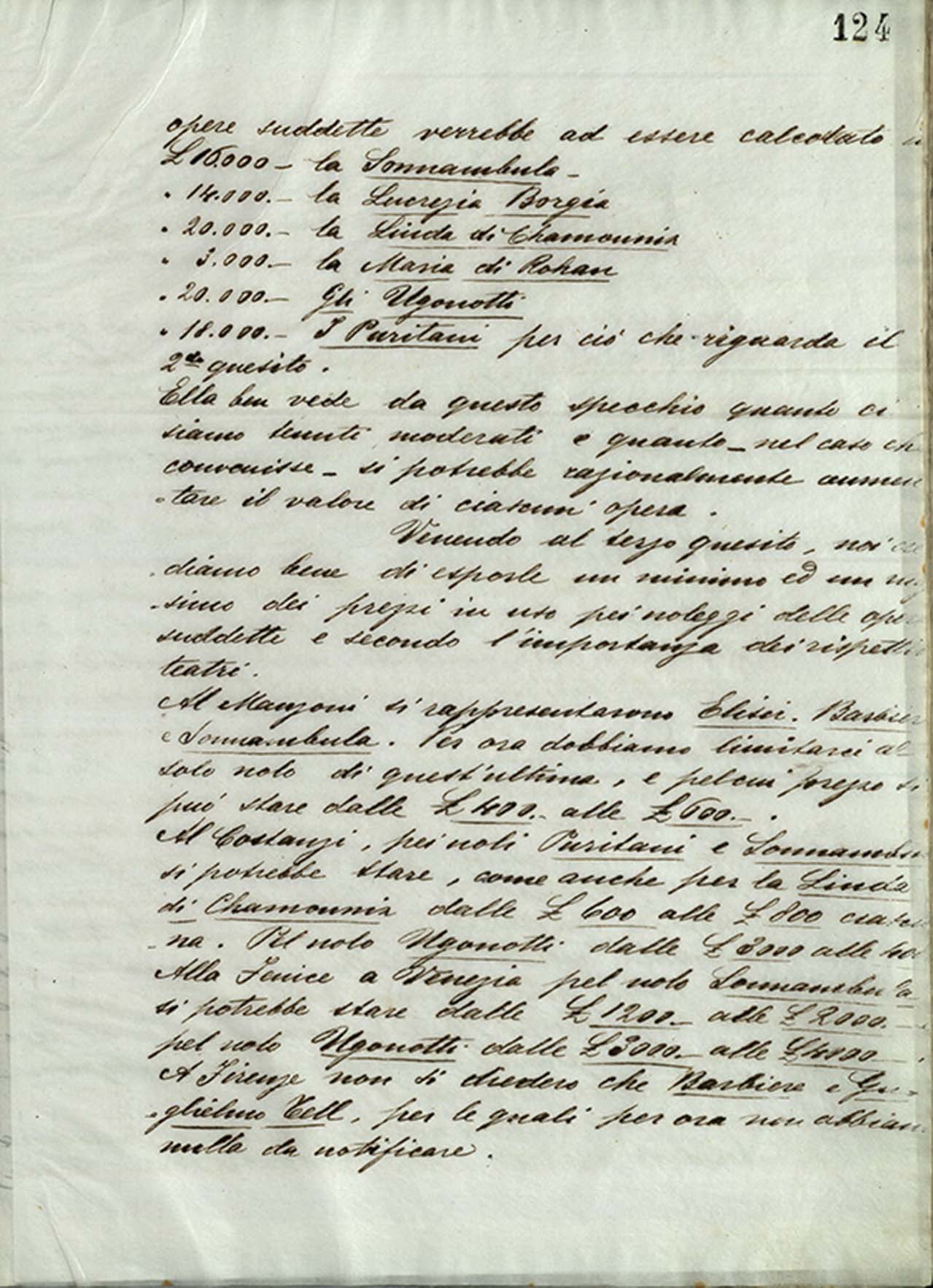 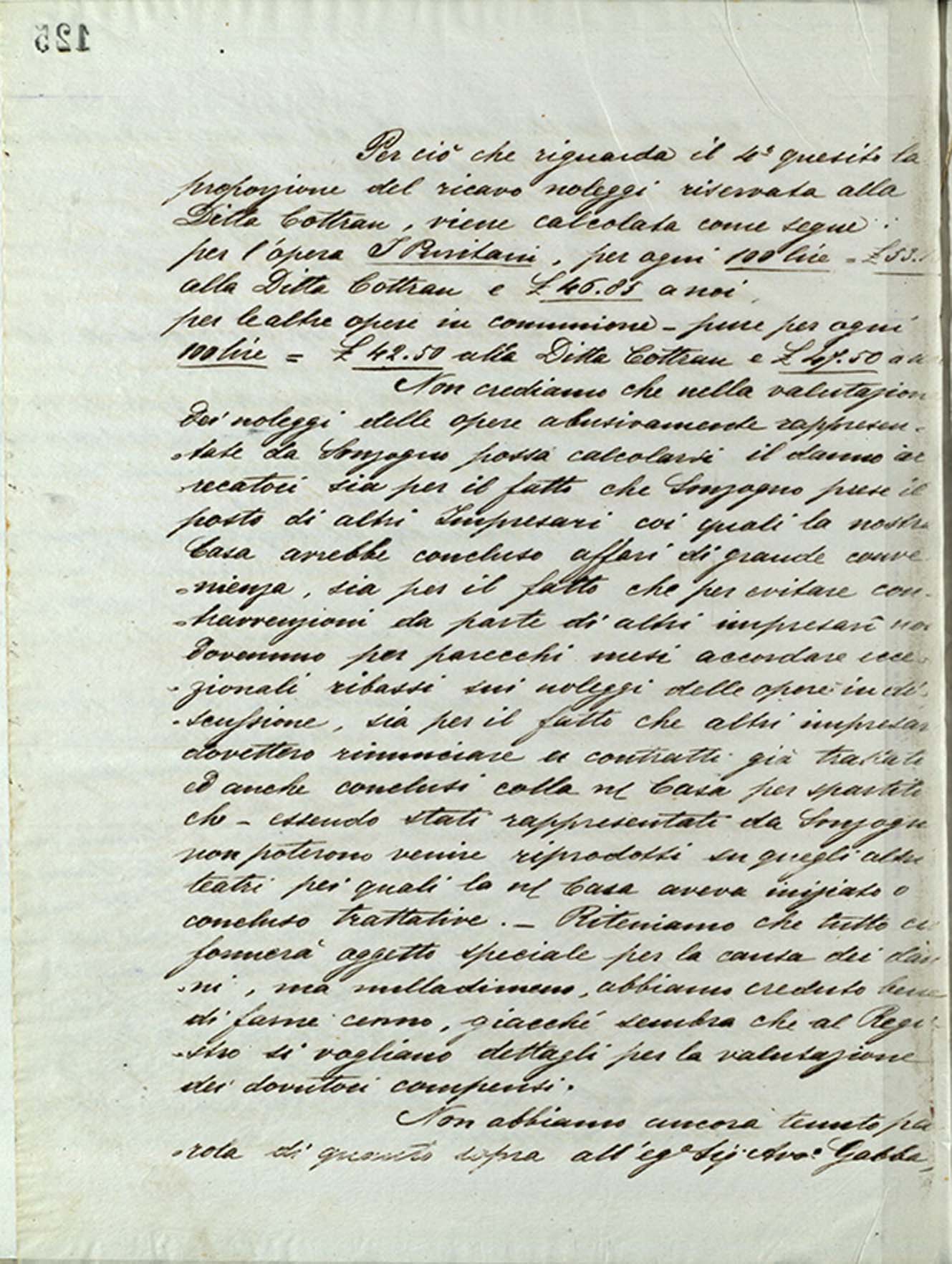 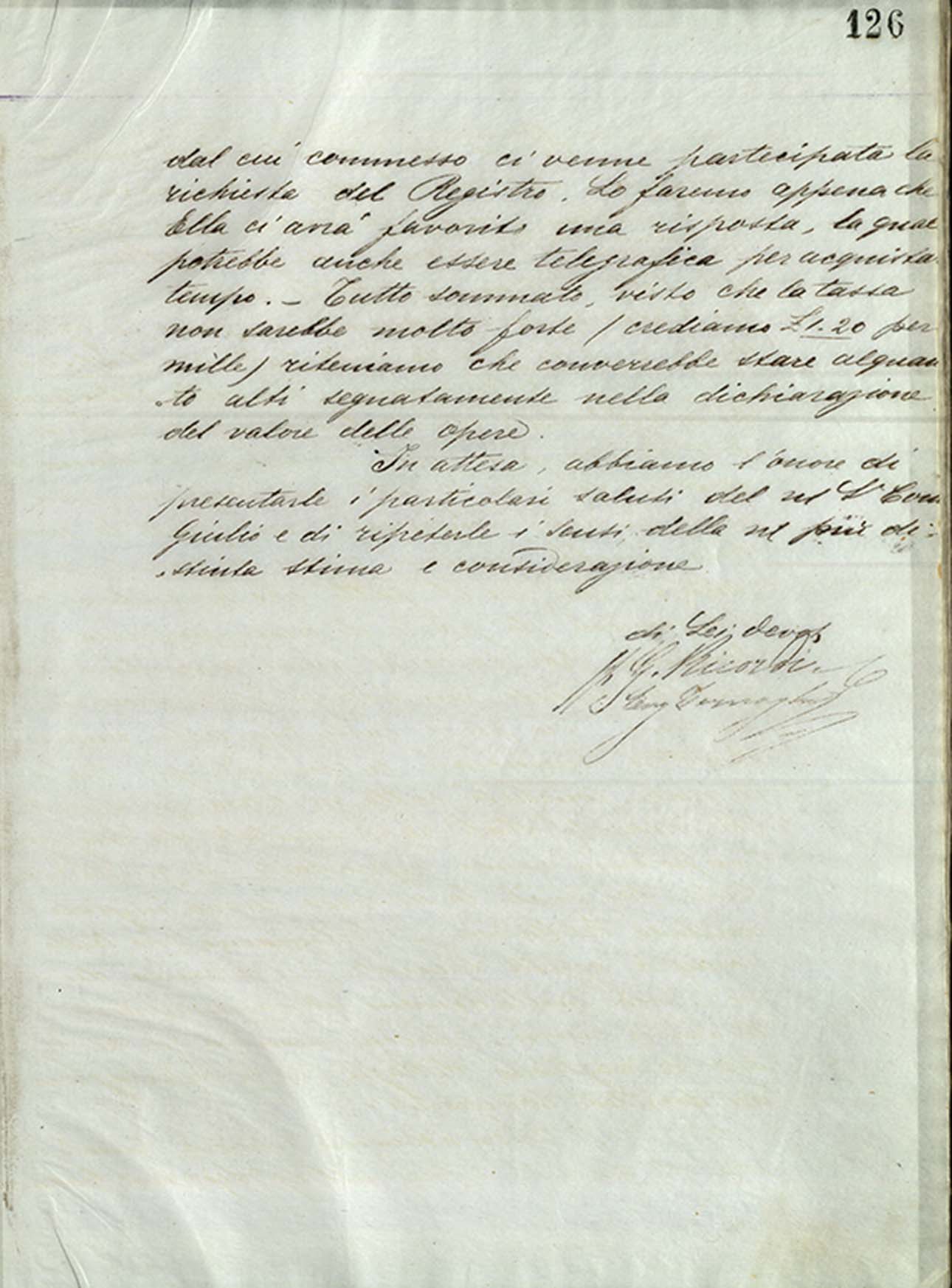 We presume that you will have received our letter of yesterday which was sent to you at . Now we must inform you that in order to determine the fine to be levied , the Court Registrar requires the following information:

2. the value as above for the opera I puritani recognized as the property of .

3. the amount of income from the rental of those operas unlawfully represented by

4. the amount of the aforementioned rental income owed by our Company to for those operas shared in co-ownership.

We do not want to make any move without consulting you first, but we hasten to present our ideas to you on the various points listed above.

To respond to the first question, we determine the average income of each opera according to how much time we have remaining to exploit its performance rights, then converting the figure into capital. Thus the value of the operas above would be calculated as:

You can clearly see from this list how conservative we were and – should it prove convenient – how we could reasonably increase the value of each opera.

As for the third question, we find it best to provide you with our minimum and maximum rental charges for the aforesaid operas, according to the importance of the theatre.

At the they have programmed , , and . Only the last of these is relevant here, for which the rental charge would be between £400 and £600.

In they performed only and , so that for now we have nothing to report.

With regard to the 4th question, the proportion of rental charges allocated to the is calculated as follows: for the opera , for every 100 lire = £53.15 goes to and £46.85 to us; for the other operas in co-ownership, always .

We do not believe that the damage we sustained for the operas unlawfully represented by can be calculated in this estimate of rental charges, first of all because took the place of other impresari with whom our Company would have concluded business that was greatly advantageous for us; second, because to prevent violations by other impresari we were forced for many months to agree to exceptionally reduced rental charges for the operas being discussed; and third, because still other impresari have had to rescind contracts already negotiated and even concluded with our Company for the rental of scores that – having been represented by – could not be used in those other theatres for which our Company had begun or concluded negotiations. We believe that all this is especially pertinent to our litigation for damages, but even so we have thought it best to only mention it here, since it seems that the Registrar wants details for an estimate of the compensation we are owed.

We have not yet addressed any of this to Sig. , whose clerk informed us of the Registrar’s request. We will do so as soon as you are kind enough to respond, even by telegram to save time. All things considered, given that the fine would not be very steep (probably £1.20 per thousand), we feel that it would be better to aim rather decidedly high in declaring the value of the operas.

In anticipation of your response, we have the honor of extending the distinguished salutations of Sig. Comm. Giulio, and we remain as always with the utmost esteem and consideration,